Ambala City - can it have a character too?

Had a chance to visit Ambala for a day in Apr'14, and my expectations to find anything interesting in the city were as low as they can be. But was pleasantly surprised during my hour long walk in the market. The market held a character in the buildings that held the market. 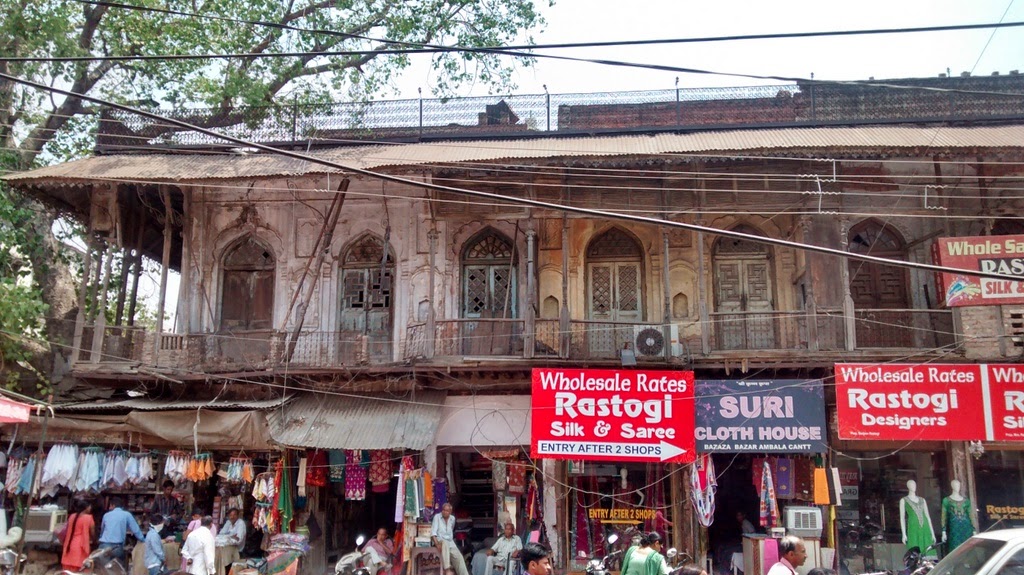 Most buildings were pretty old, worn down, still showcasing a vibrant market. 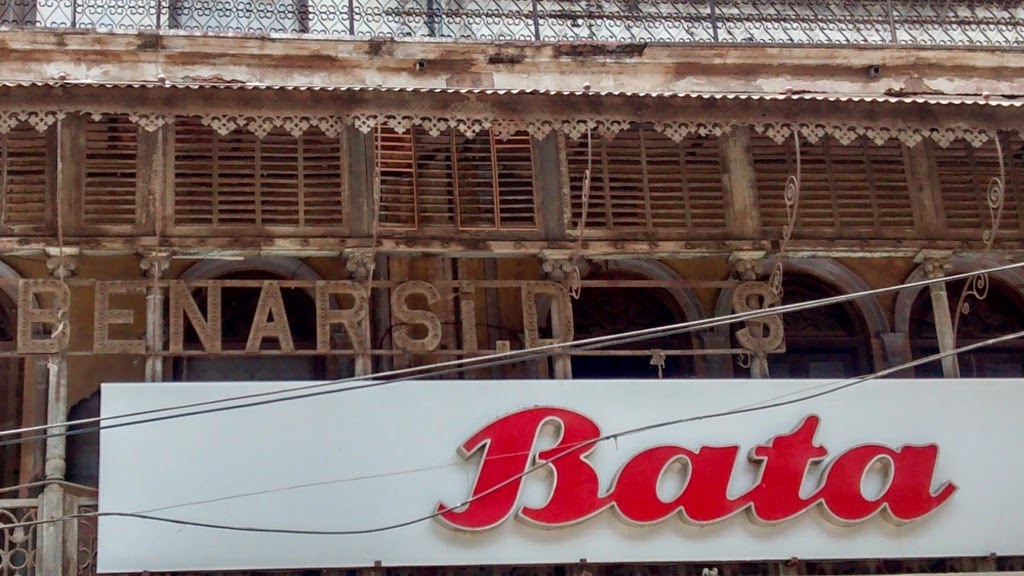 Benarsi Daas has been faded into background by new age Bata.

Somehow shopkeepers there would know in a moment that you are not local and they had a watchful eye on my observer walk. Can't even imagine walking there with a camera. Now I do appreciate mobile photography :) 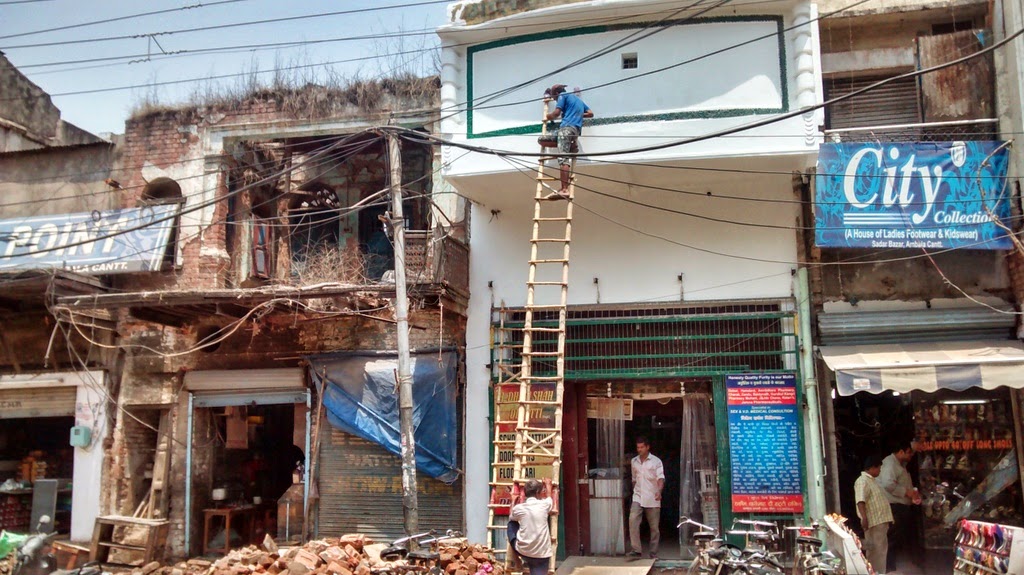 The point that city makes - old goes down and new comes up.

It took me some time to understand why I did not feel very welcome there. Feeling was just like this building below, where 'Friends' was sitting under this partition. 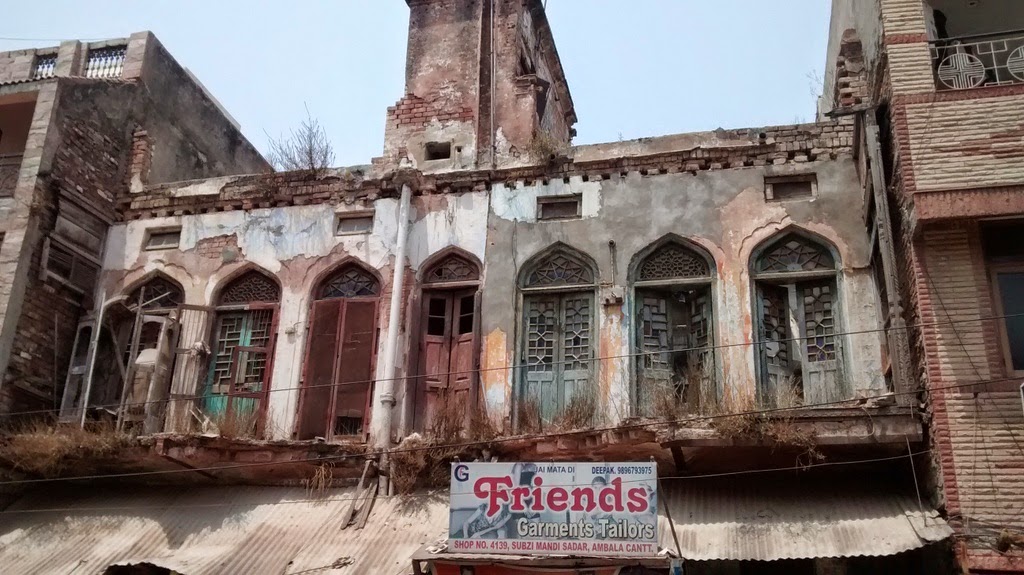 Later, a group of three elderly got friendly, explained me that this place was primarily Muslims occupied, who left during partition, and was later occupied by Hindus who traveled from Pakistan to India. Of course, having been part of most unfortunate part of Indian history, there would be multiple scars keeping a sharp subconscious on - making outsiders like me clearly stand out.

The elderly group showed me this building which was their only means to know time in childhood - the clock is stolen now. 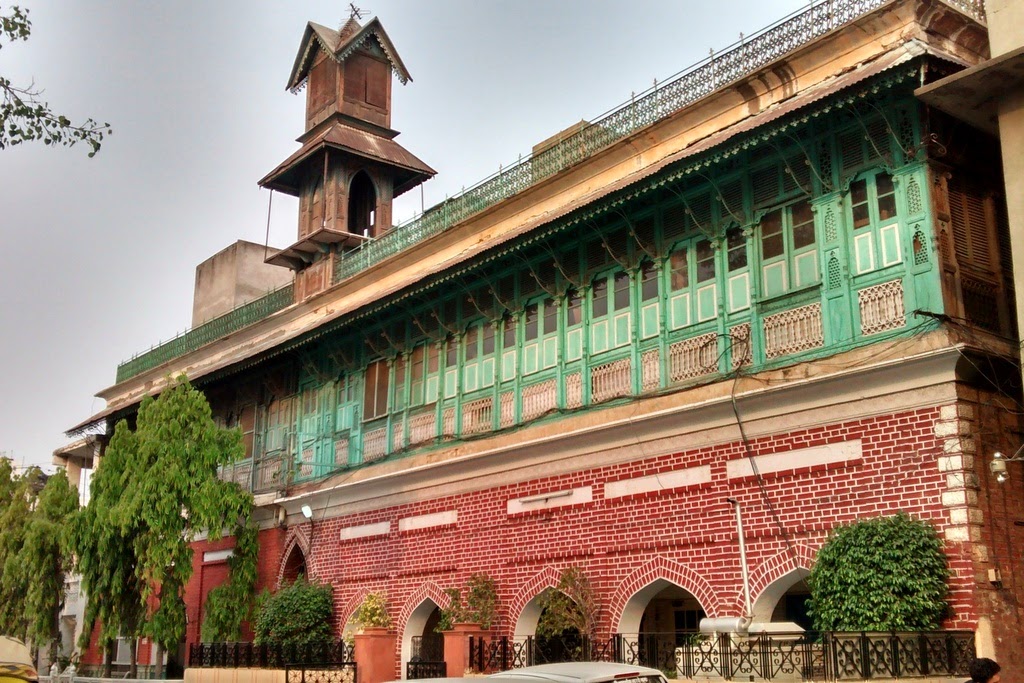 The building below holds a factory. Its square in size with peace all around - difficult to find any thing like this now. 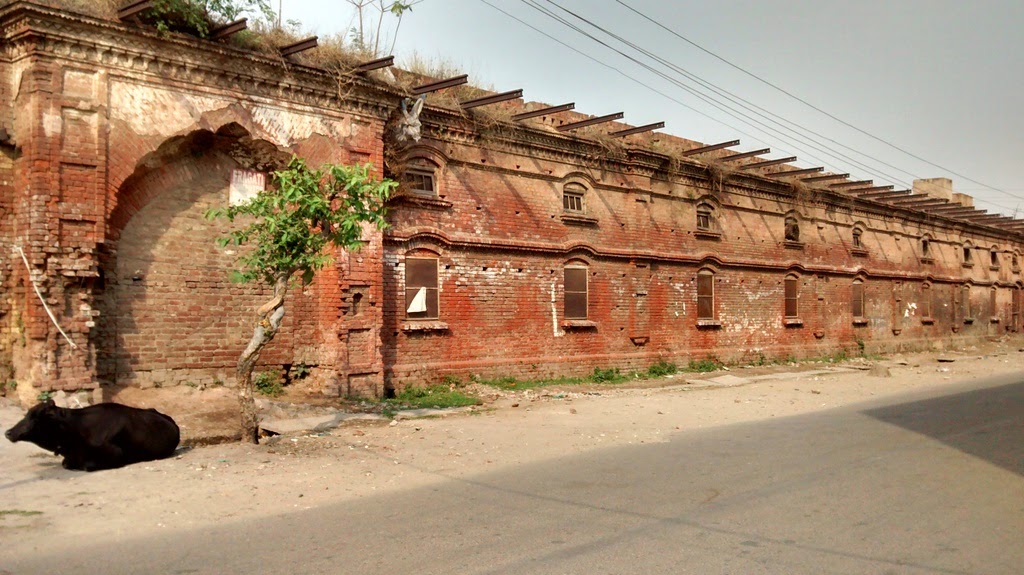 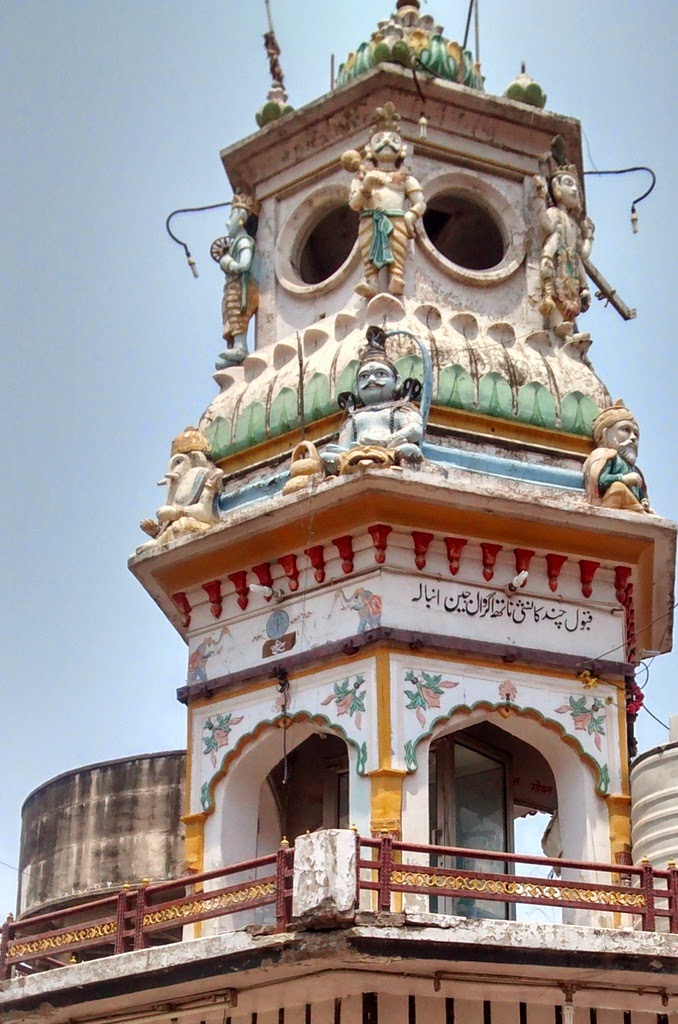 This temple had something written in Urdu/Arabic. Am yet to have it translated: 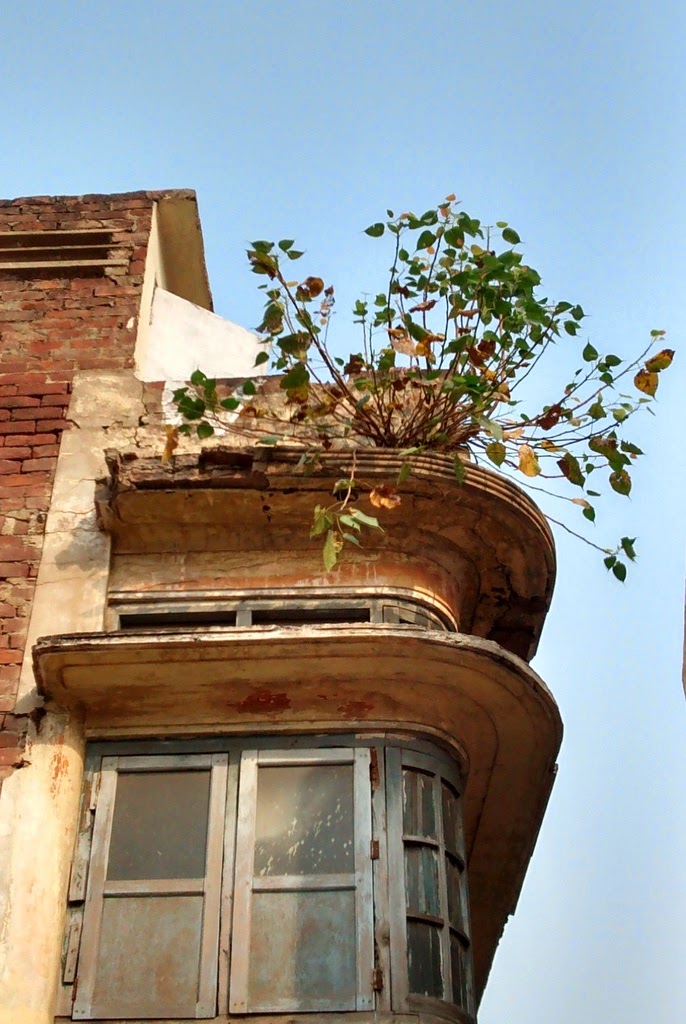 People don't remove Peepal trees coming out from walls and windows. There are ample houses with Peepal on the wall.

Below house has been well preserved by owners. I just loved these windows. 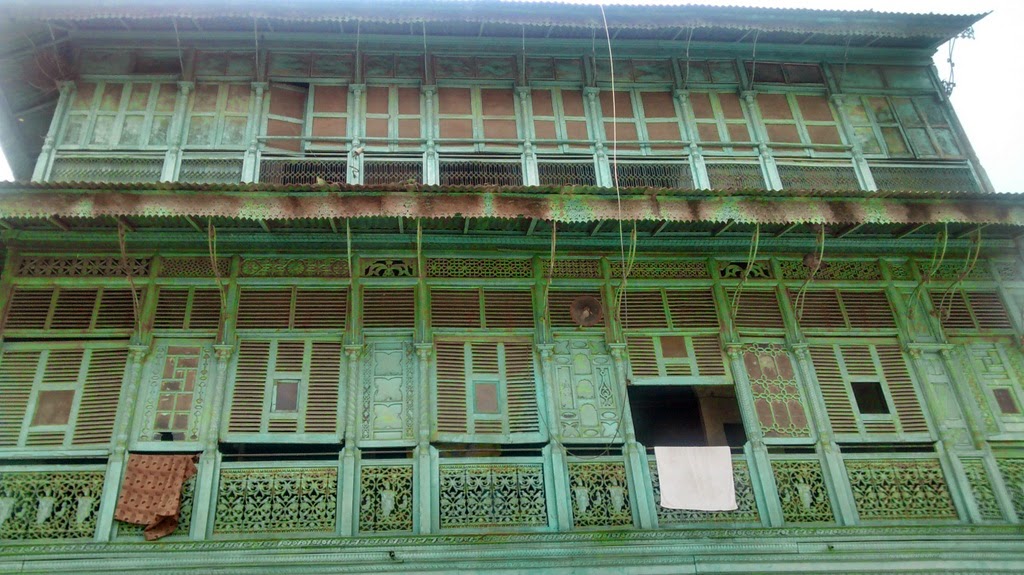 And the old doors were there all around. Most were locked adding to the character of the place: 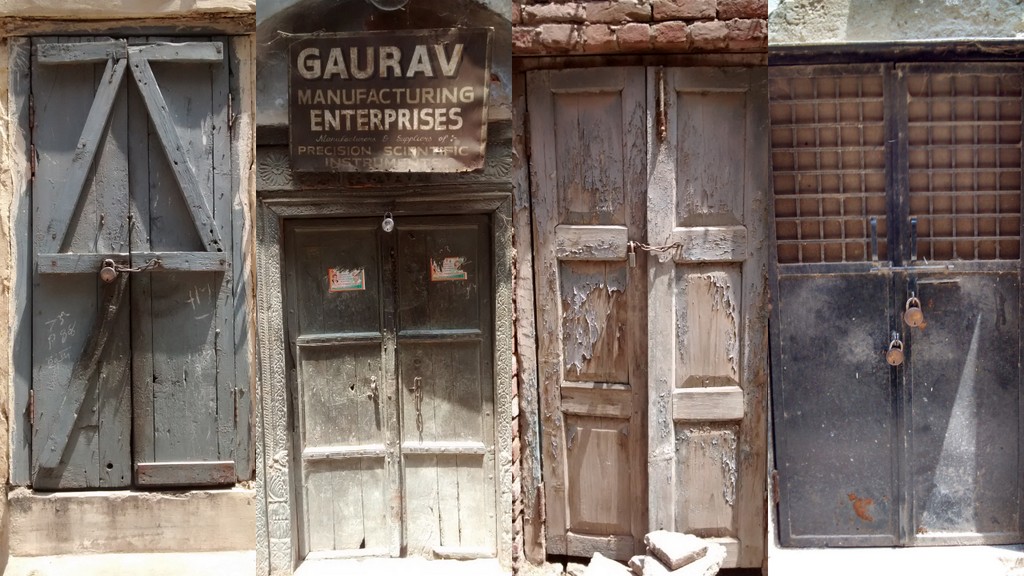 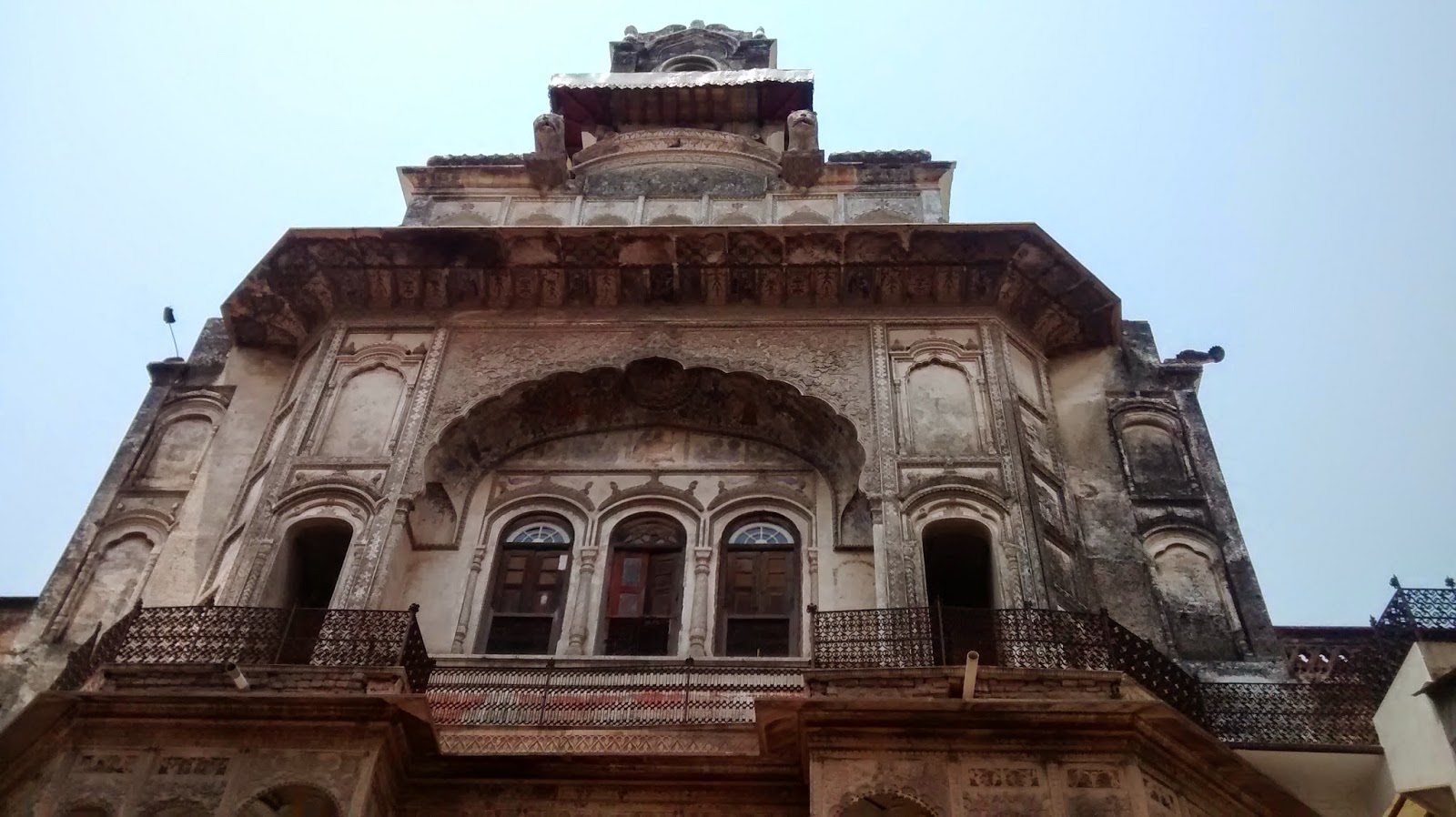 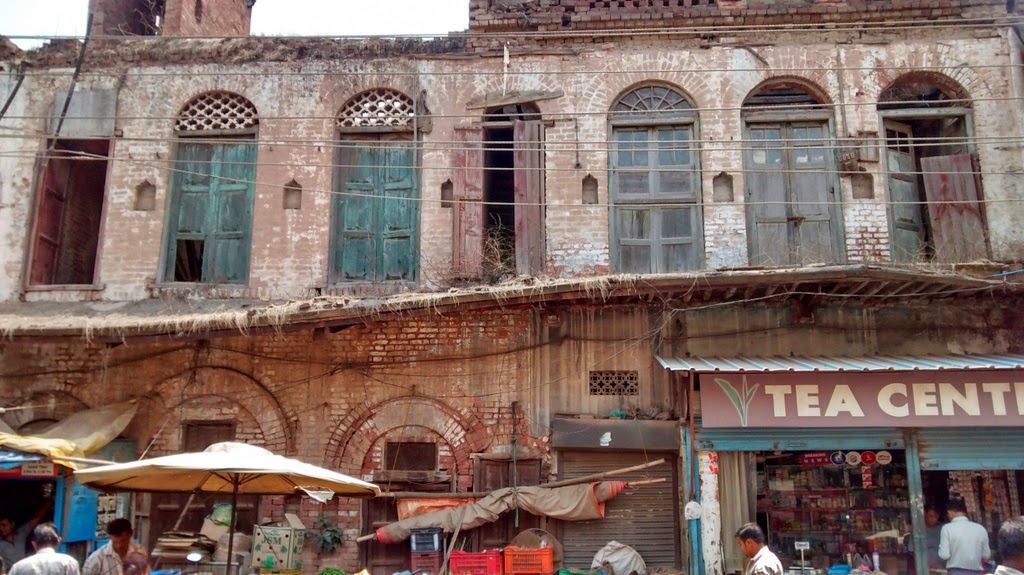